Margarida Carvalho joined in 2014 in Ent’Artes – School of Dance, where she completed her training by the Royal Academy of Dance, and where she worked with teachers such as Diana Sá Carneiro, Manuel Sanz, Fernando Duarte, Maria Luisa Carles, Patricia Fiorucci, Márcia Ferreira, among others.

There were several competitions where she performed as a student and where she was awarded prizes: Youth America Grand Prix – Paris and New York; Dance World Cup – Jersey and Offenburg; Tanzolymp; Dance; CIB; NDF; to mention a few.

In 2017 she was admitted at Escola Superior de Dança (Superior School of Dance) in Lisbon and was the same year she was selected to be a part of Projecto Quorum  (at Quorum Academy) where she had the opportunity to work with Daniel Cardoso, Luís Marrafa, Inês Godinho, Filipe Narciso and Bruno Duarte.

In 2018 she was invited to be an apprentice at Quorum Ballet, when she participated in several productions, highlighting the production “Rite of Spring – Made in China” by Daniel Cardoso.

In January 2019 is invited by Daniel Cardoso to join Quorum Ballet as a dancer. Since then, she has been dancing numerous pieces in the Company’s repertoire, with several tours in Portugal, Asia and Europe. 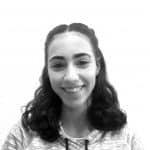 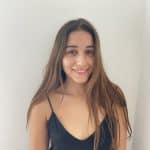