His experience as a chorographer includes over 35 works for the Quorum Ballet and works for Peter Schaufuss Ballet School (Denmark), National Ballet of Albania (Albania), Vaganova Academy – Kirov Ballet School (Russia) CeDeCe Dance Company (PT), Companhia de Dança de Almada (PT), National Conservatory of Lisbon (PT), amongst many others. His work has been highly acclaimed by the international press.

Desde 2007 is a guest teacher and choreographer for the Vaganova Academy (Kirov Ballet School) in Saint Petersburg, Russia. “Encounters”, the piece created, was premiered at the Marinsky Theater in June 2008.

Daniel Cardoso is currently a member of the General Council at the National Dance Conservatory of Lisbon. 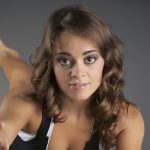